5 Facts: It’s NOT Because of Supply

#1 San Francisco is the second most densely developed city in the U.S., behind New York. We’ve been packing a ton of housing into these 47 square miles! Despite these concentrations of housing supply, these are still two of the most expensive housing markets in the country!

#3 With all this supply, housing’s not getting any cheaper. Median household income has roughly doubled from 1950 to 2013. Meanwhile the median price for an owner occupied home has increased over six times. Increasing market rate supply has only made housing expensive. That’s why we need to prioritize affordable housing! (These figures are after 1950 median income and median home price are adjusted for inflation to the 2015 level.)

#4 Policymakers have known for decades that the market won’t provide enough affordable housing. But, developers have well financed PR.  They want you to believe that we have a supply problem so they can keep making more money catering to the high end. On the contrary, what we have is an affordability problem!

#5 Even developers admit that building condo towers won’t make housing prices fall. One of SF’s biggest new developments, 5M, proposes to add more than 900 units in SoMa at 5th and Mission. The developer, 5M/Forest City said in a recent community presentation that they’re predicting (conservatively) that prices will continue to increase 2 - 3% per year from now until the buildings are finished between 2019 and 2026. That means, these new units will be even MORE expensive than today’s crazy rents and for sale prices! Mayor Lee’s “Housing for All” plan to build and fix up 30,000 new units of housing by 2020 will apparently not be making “market rate” housing any cheaper!

Only by being creative and prioritizing the creation of permanently affordable housing will we truly have housing for all. 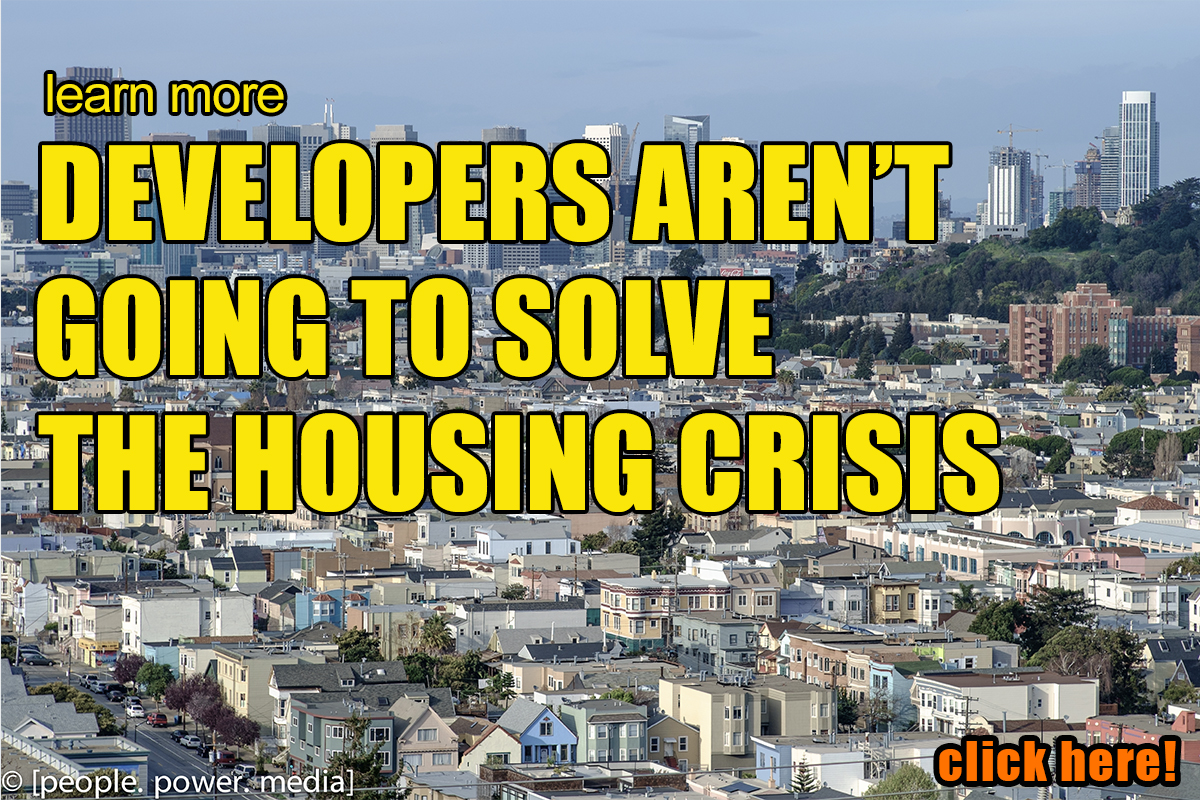 If you want to read further about this issue, click here for "Developers Aren't Going to Solve the Housing Crisis in San Francisco" a multimedia exploration into the issues. 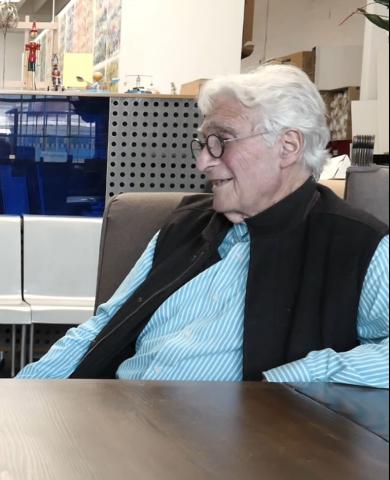 How a Rent Freeze Solves the Housing Crisis
Op-Ed: SB 827 is a Gentrification Bomb
Op-Ed: Transit Decoy for Gentrification
See All
Watch "Priced Out" our award-winning animated short about why you can't afford to live in the city. Watch