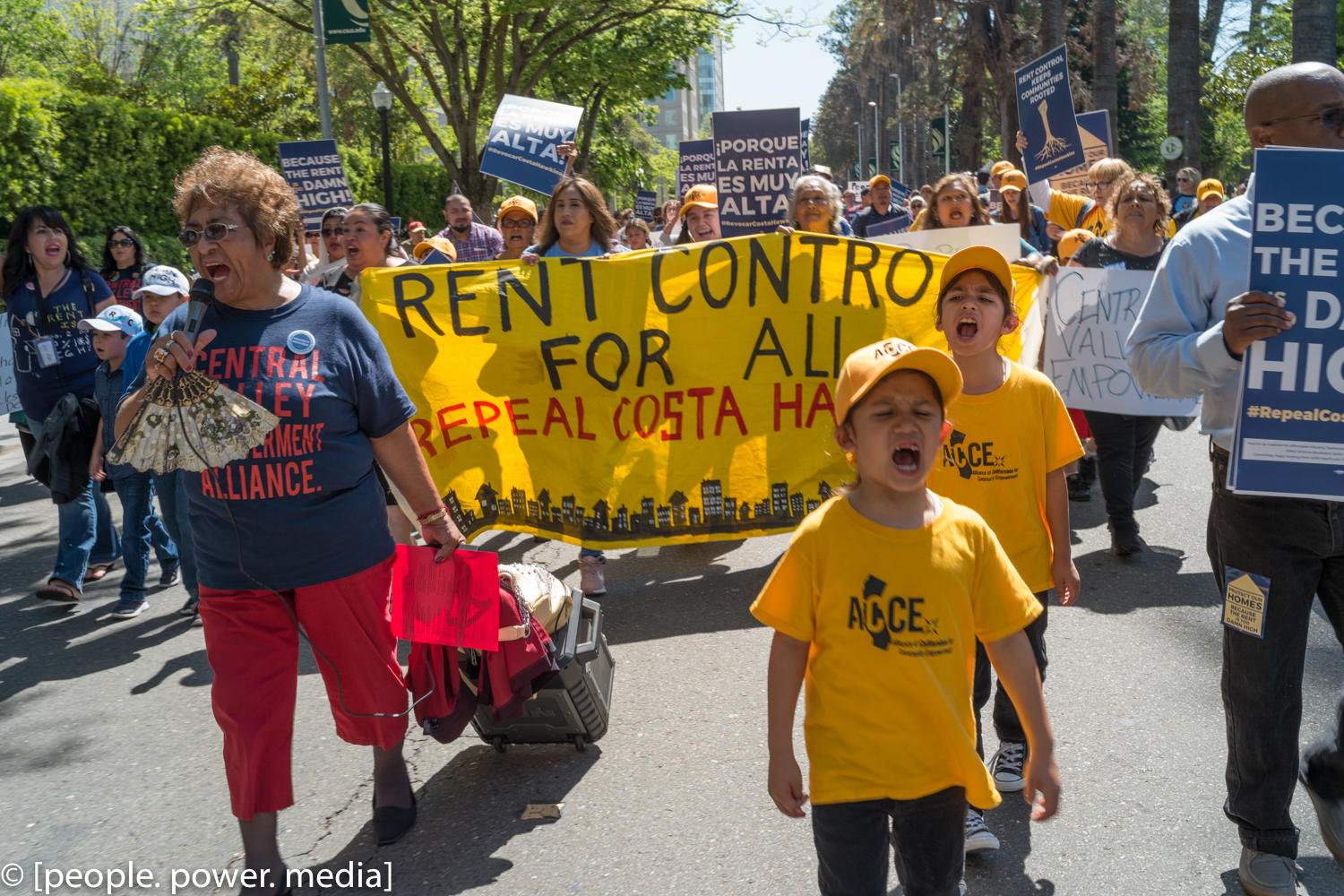 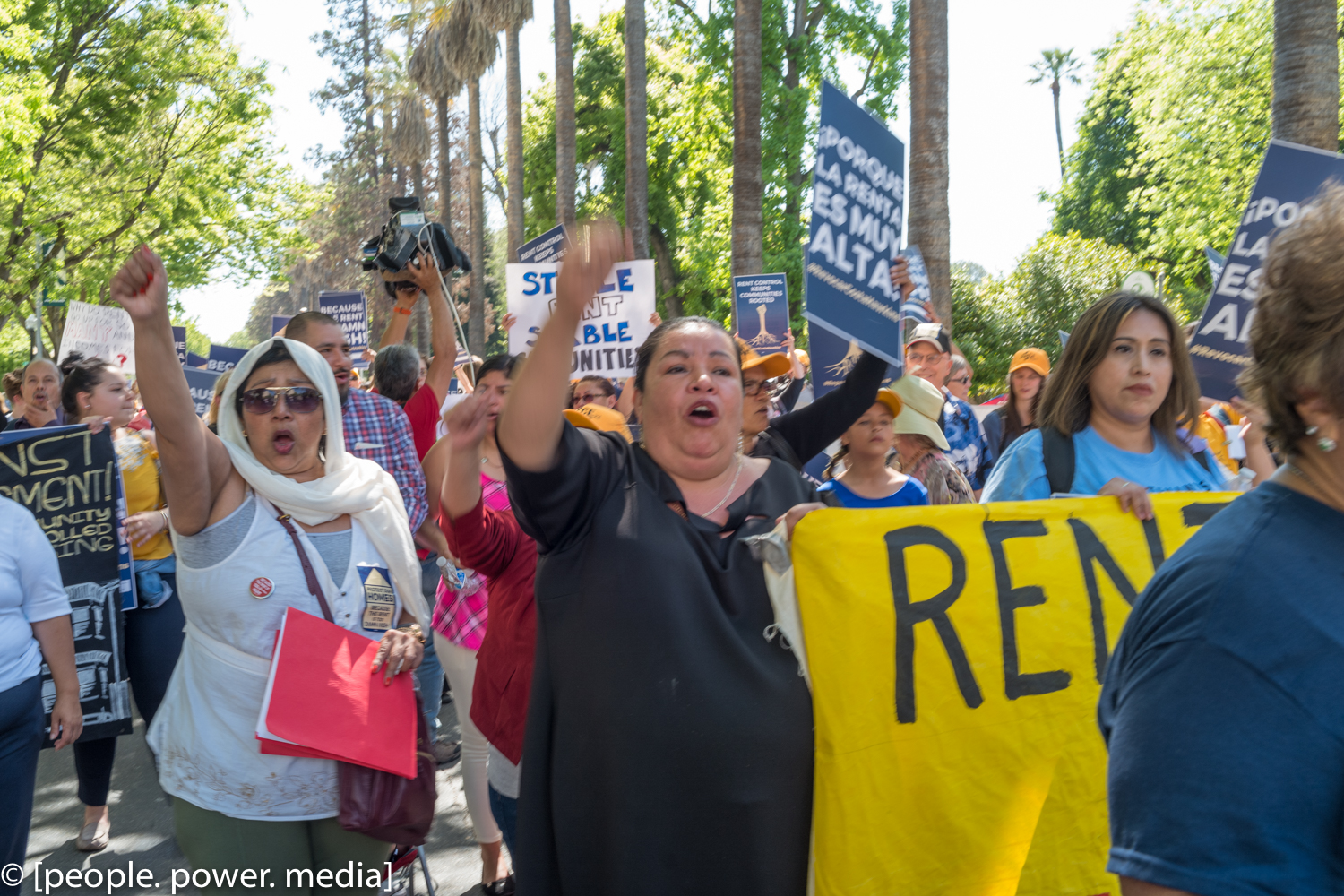 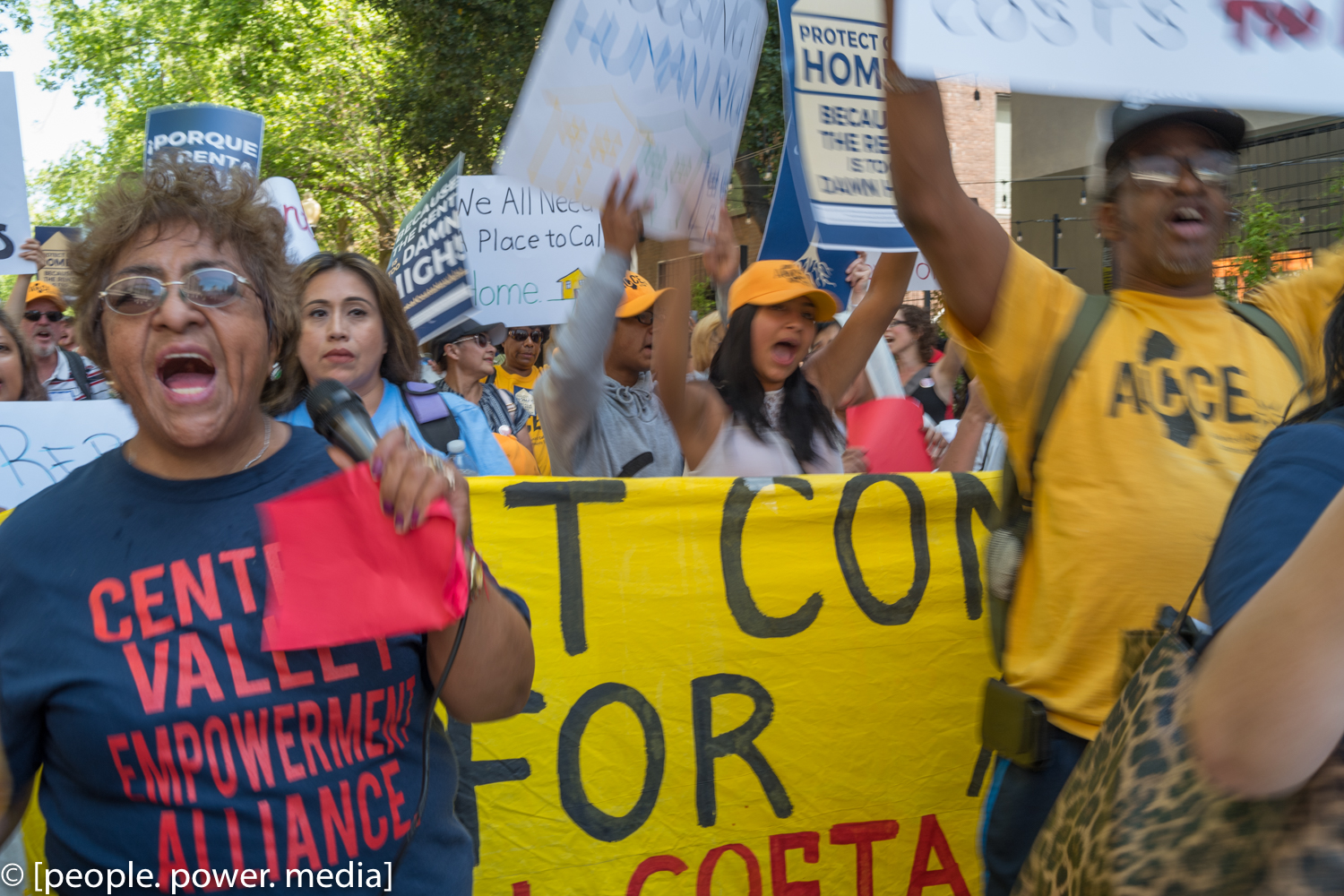 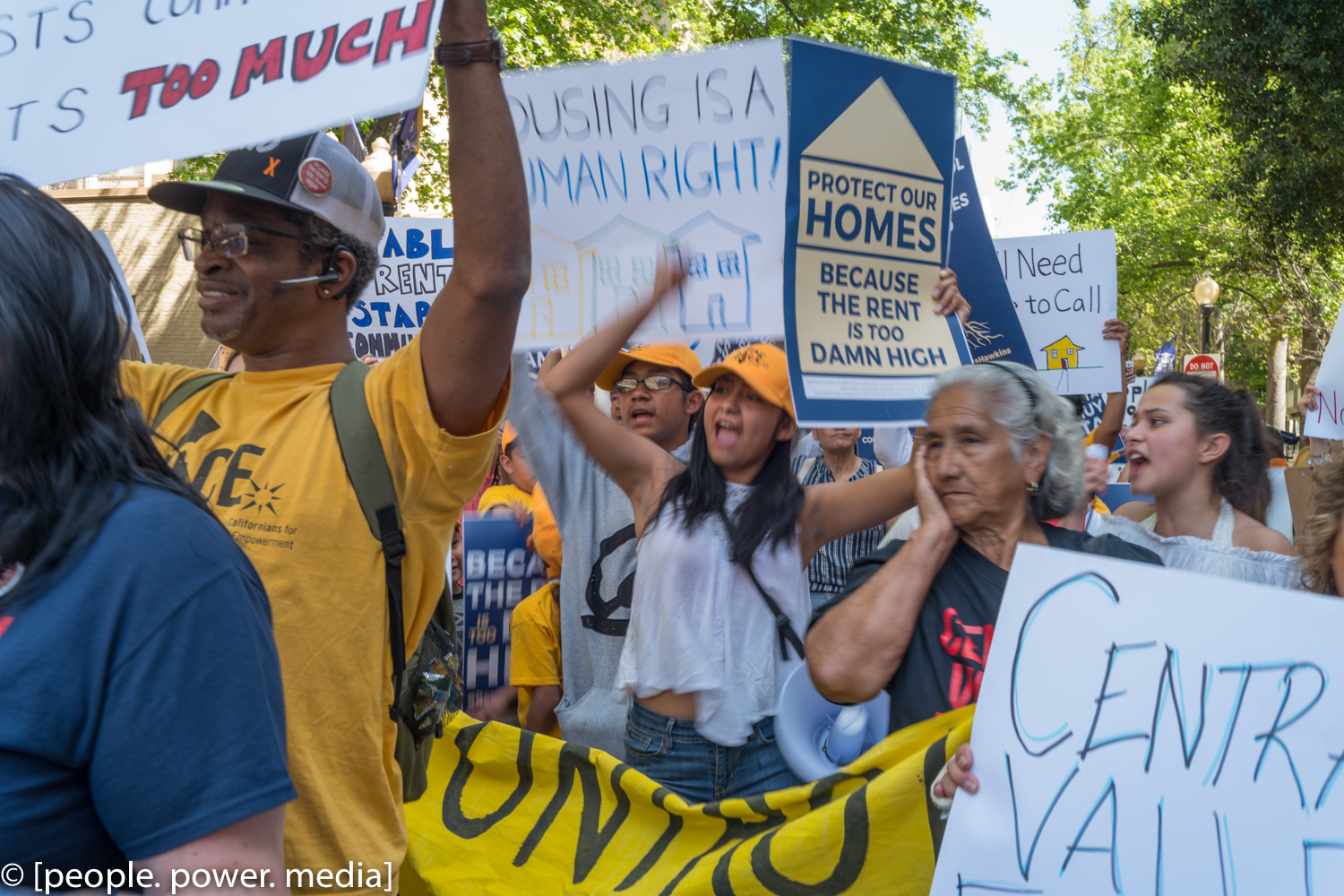 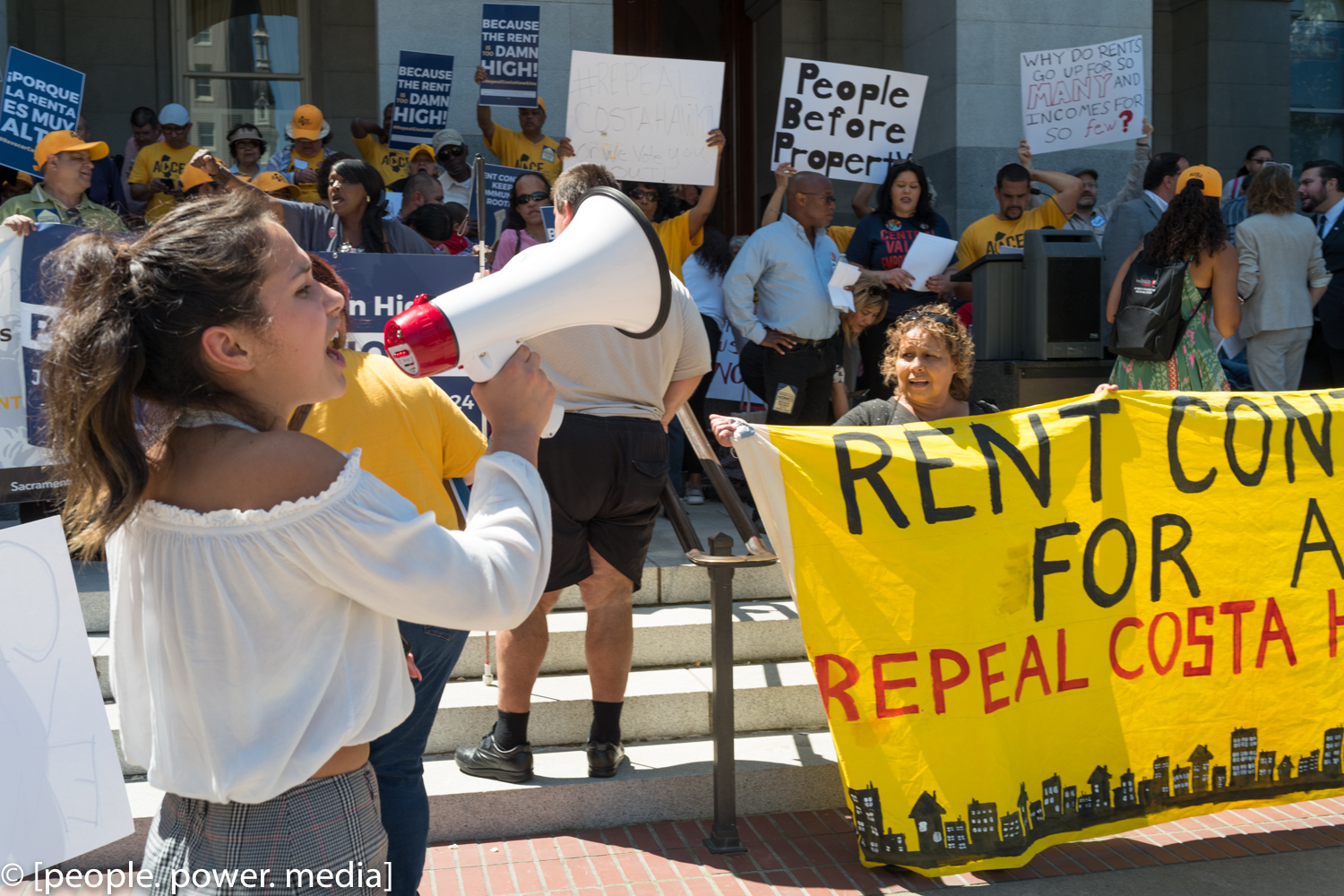 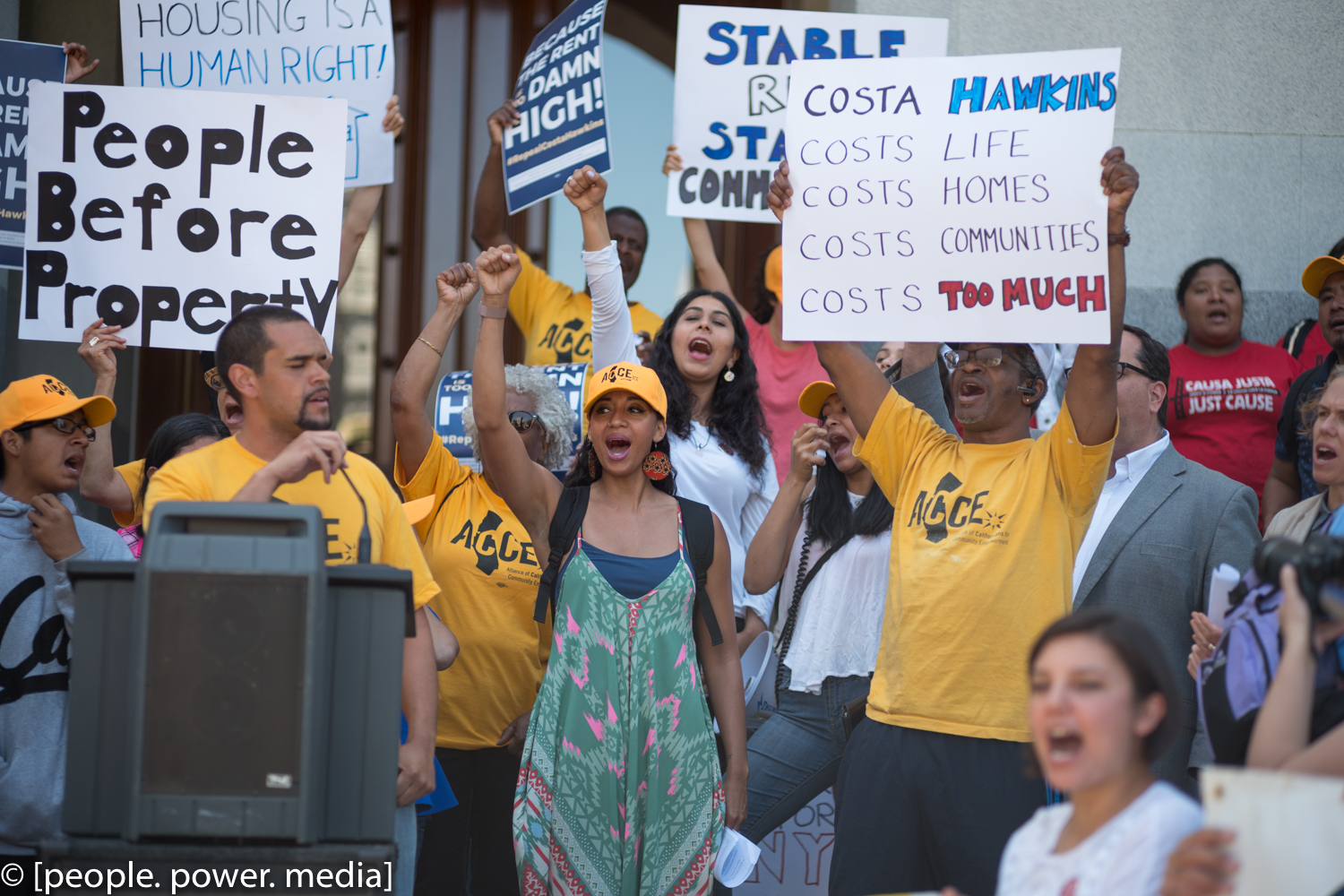 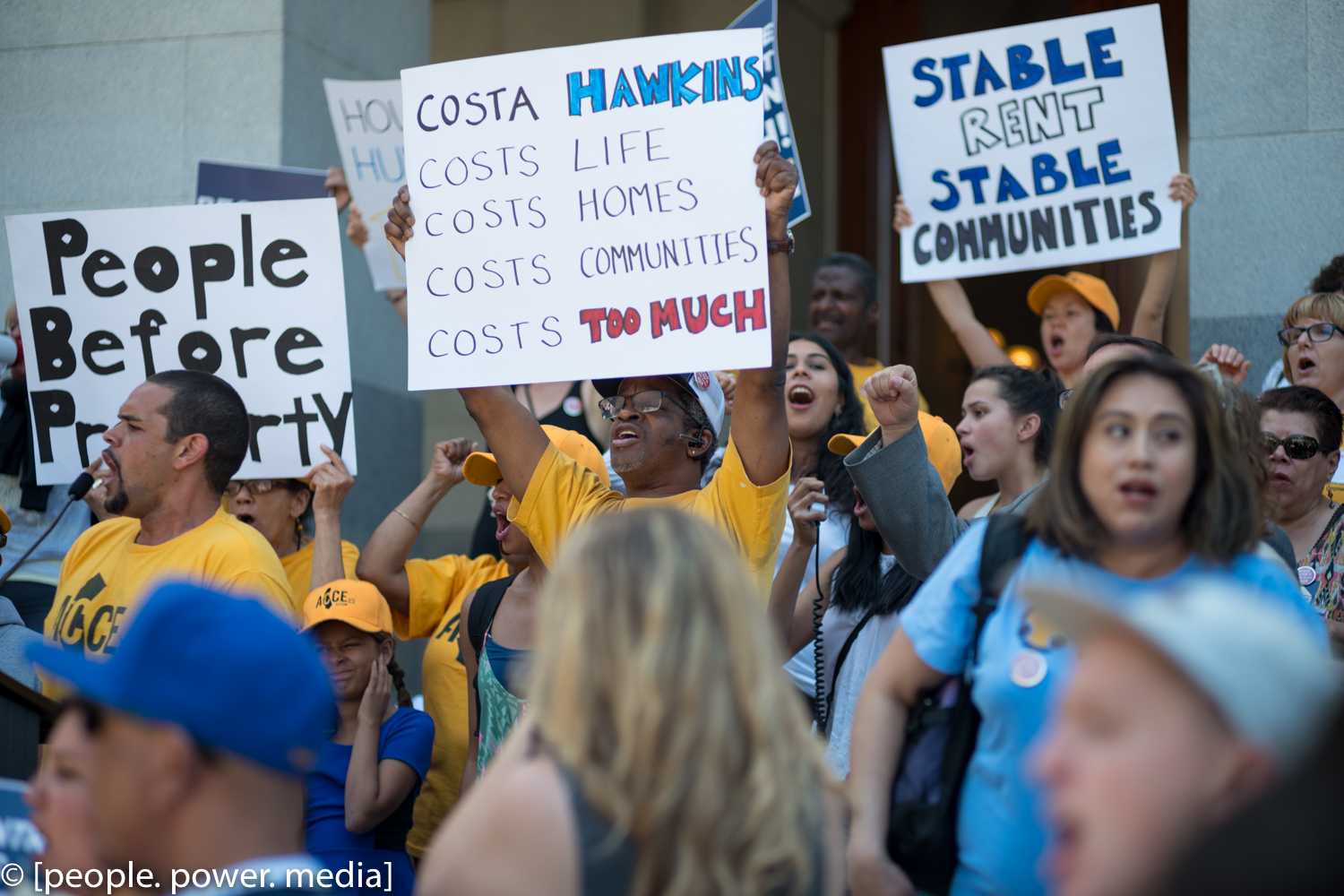 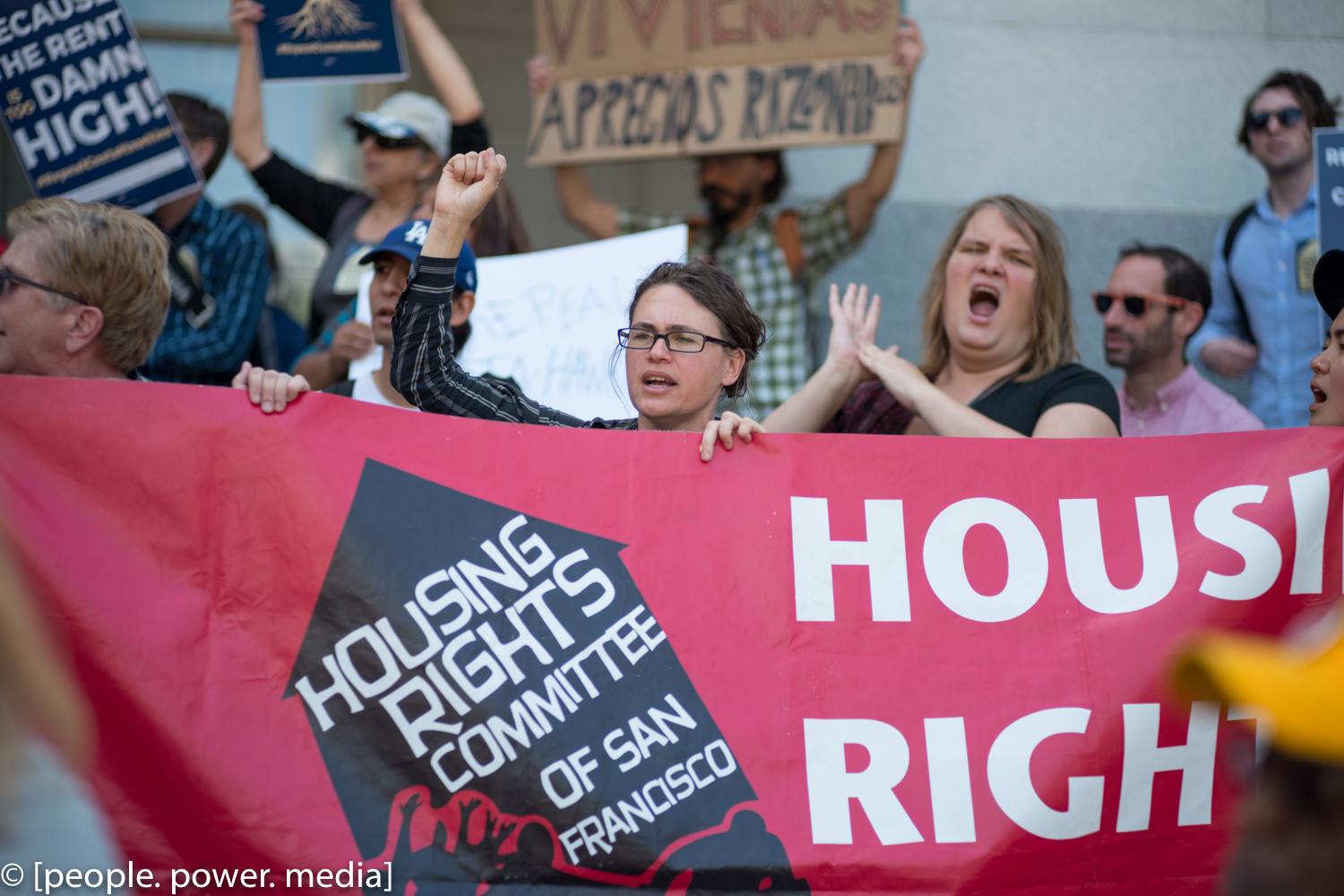 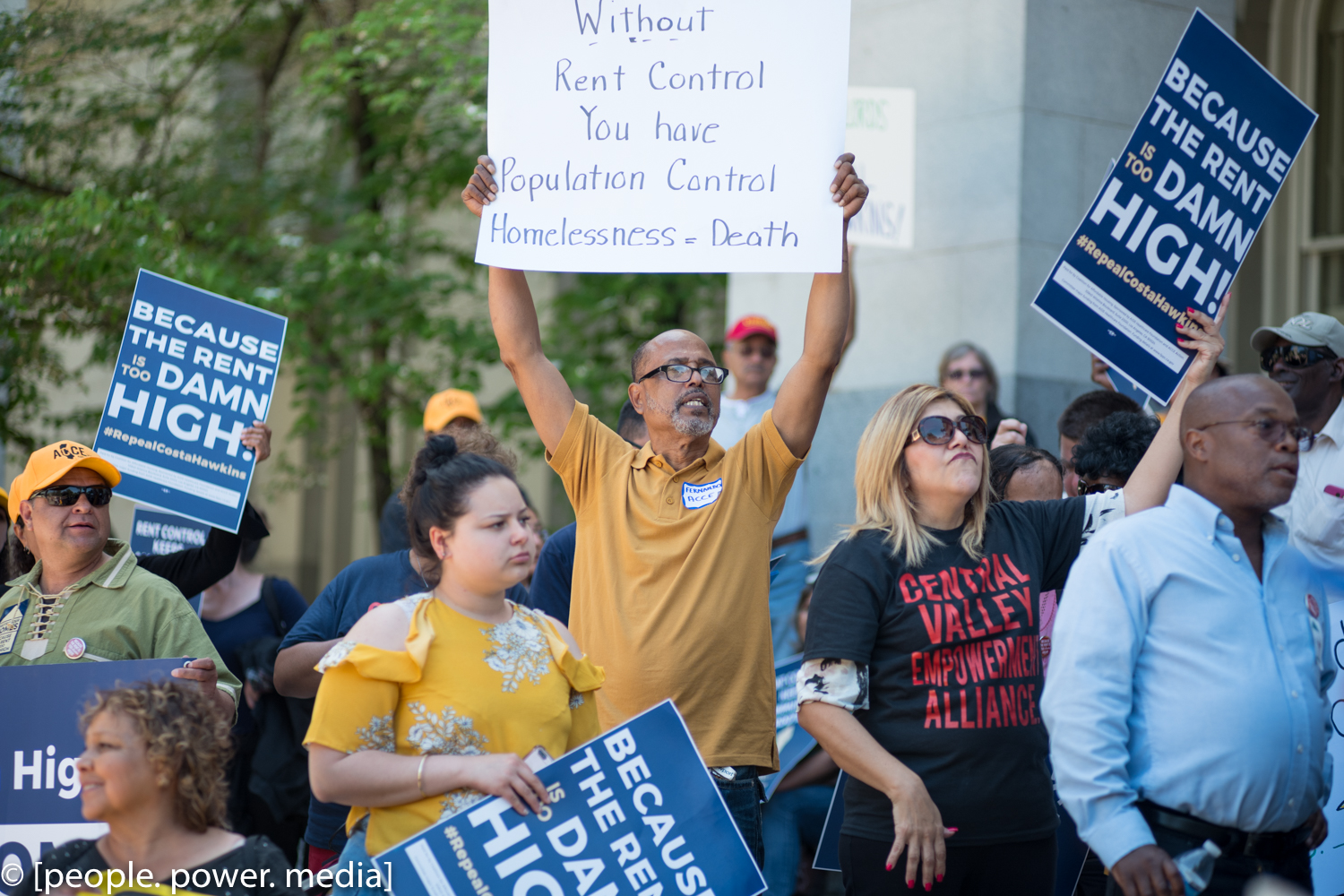 Although just over 400,000 signatures would have qualifed the measure, the group led by the AIDS Healthcare Foundation, Tenants Together and the Alliance of Californians for Community Empowerment (ACCE) turned in close to 600,000. Now the State’s process begins for verifying these signatures, but proponents rallied behind the fact that they had collected 50% more signatures than are required which they hope will ensure that the measure qualifies despite some signatures being declared invalid.

In place since 1990 through California state law, Costa Hawkins makes it so that single family homes and condos can not be covered under rent control. It allows landlords to change the rent when a tenant moves out. This means that new tenants must pay whatever the landlord decides to charge, which in most cases is a much higher price than the previous tenant. This is called “vacancy de-control.”

Costa Hawkins also disallows any kind of restrictions of rent prices in buildings built after 1995. Some cities put that cut off at earlier years, like San Francisco which says that rent control applies only to buildings built in 1979 or before.

A surge in new housing developments and financing tools to enable home ownership led to the economic collapse of 2008 - 2009. After the banks took ownership of these homes by foreclosing on the loans, they started selling them off, but this time to corporate landlords. These corporations saw the profit potential in single family homes because Costa Hawkins exempts them from price controls.

Many of these new corporate owners are Real Estate Investment Trusts or REITs that are publicly traded on Wall Street. Their profit strategies are not limited to large holdings of single family homes in suburban areas, but apartment buildings in high cost areas like San Francisco and Los Angeles. In both types of housing markets, these corporations depend on limitations to rent control and limitations to tenant protections so they can maximize their profits.

Tenants across the State of California are rising up to fight back. Turning in these signatures were 120 organizations representing communities from San Diego near the Mexico border to Arcata near the border with Oregon. They rallied to support the Affordable Housing Act, hoping that these signatures will guarantee the AHA a spot on the November, 2018 ballot.

Verification of the signatures will take a couple of months. People Power Media will provide an update as soon as the California Secretary of State has concluded its process of verifying signatures which should take place on June 15.

Our work includes participating in the community-based, grassroots efforts that we report on. Joseph Smooke is currently the Program Assistant and was previously the Program Director since October 2015 at Housing Right Committee of San Francisco.