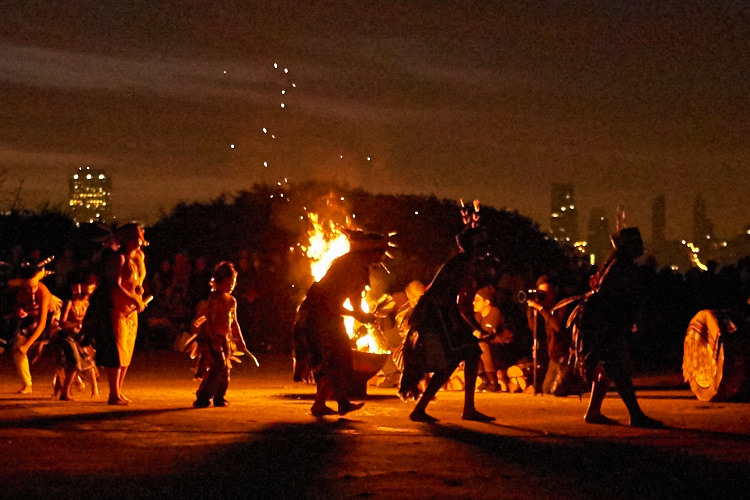 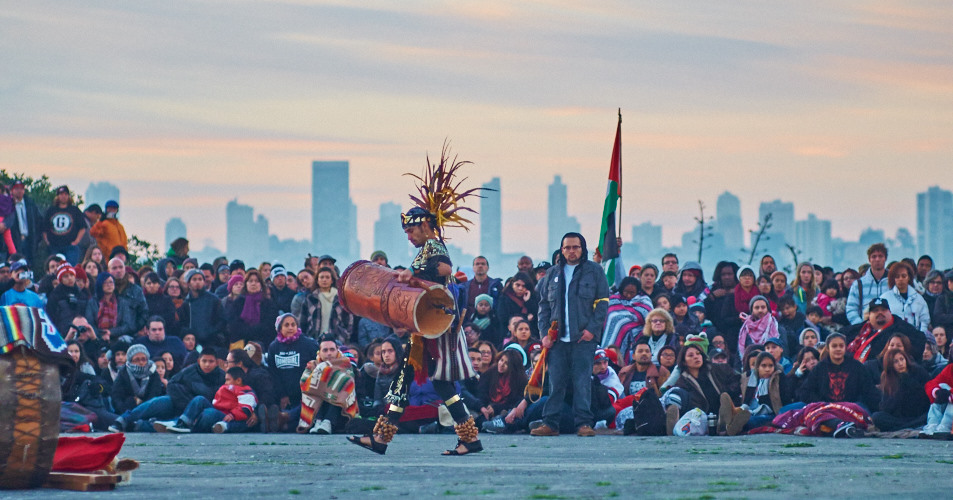 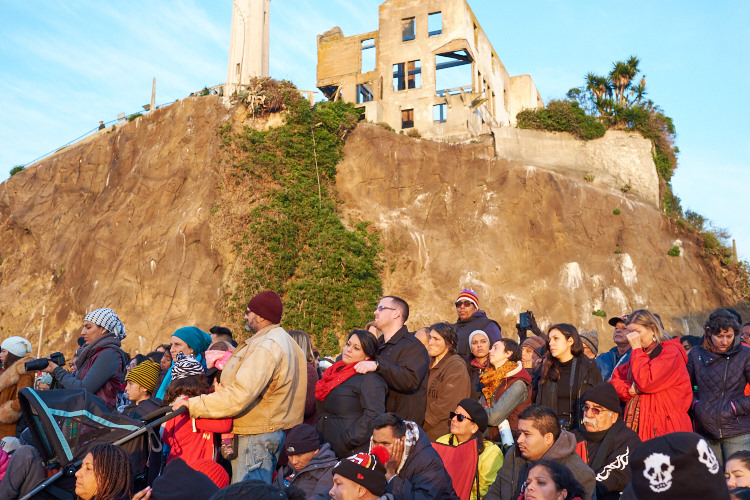 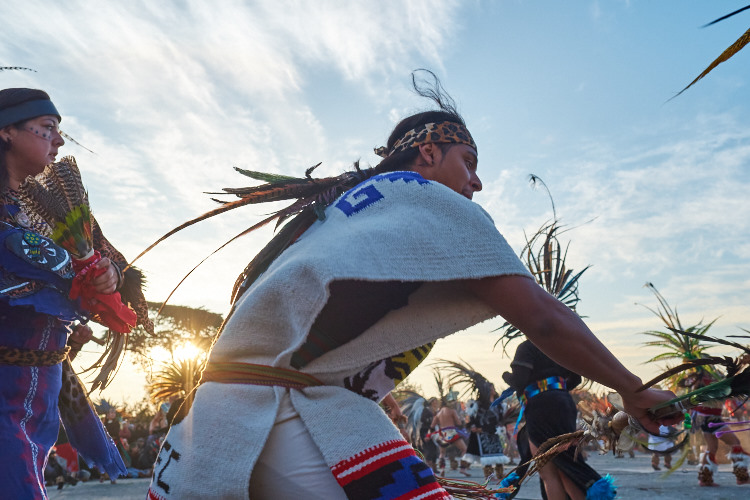 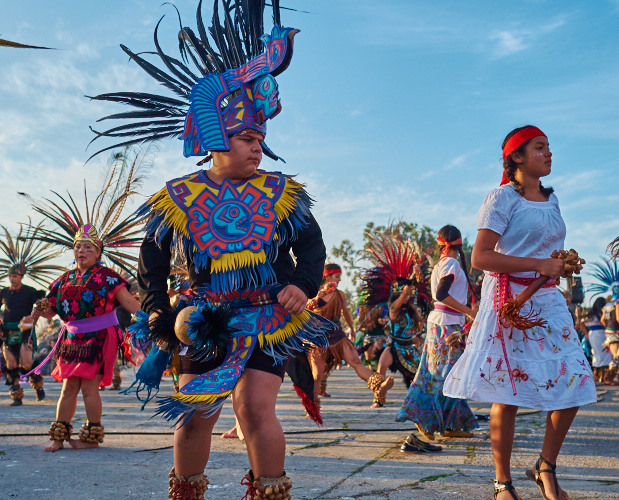 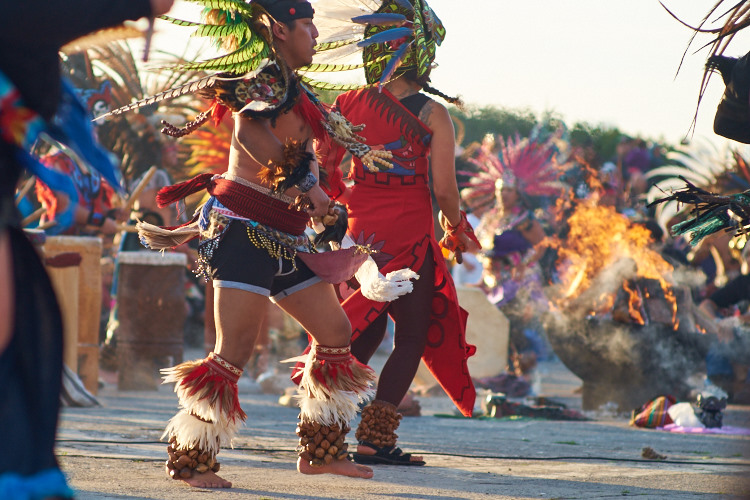 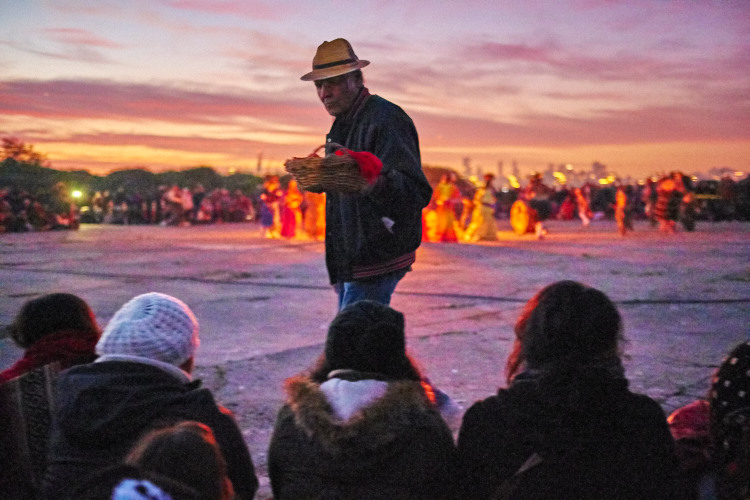 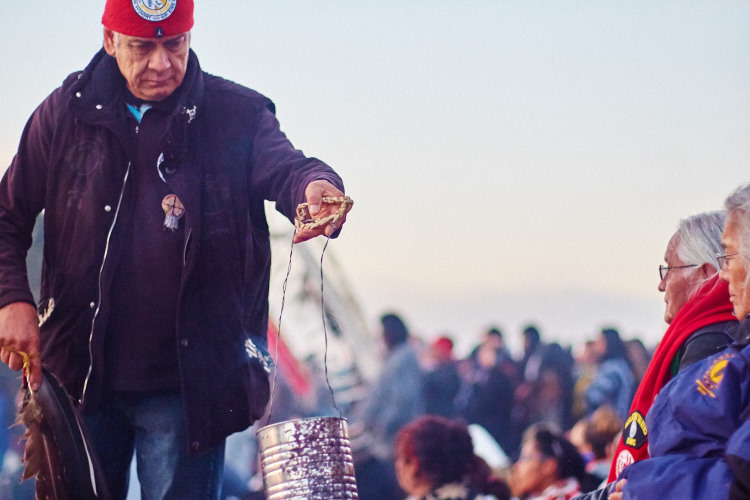 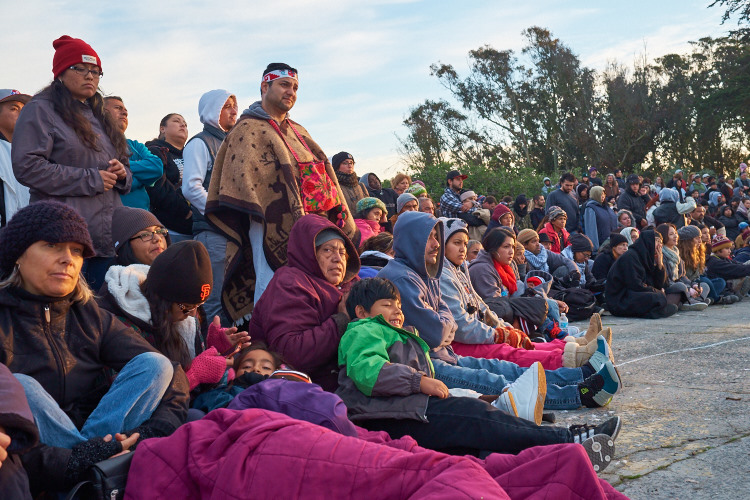 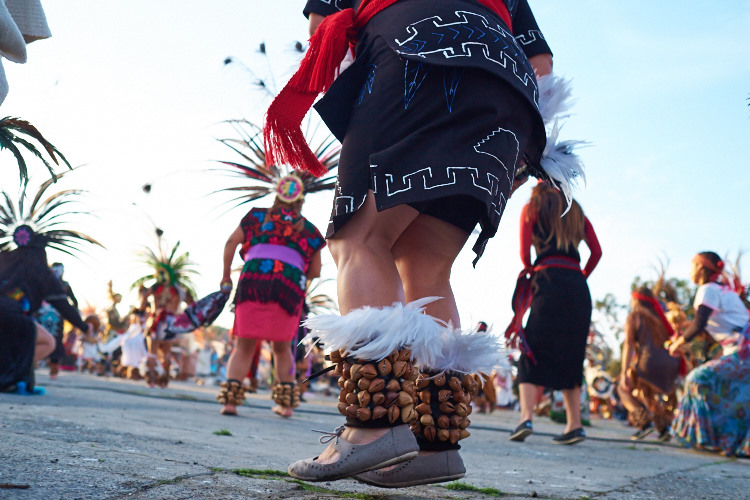 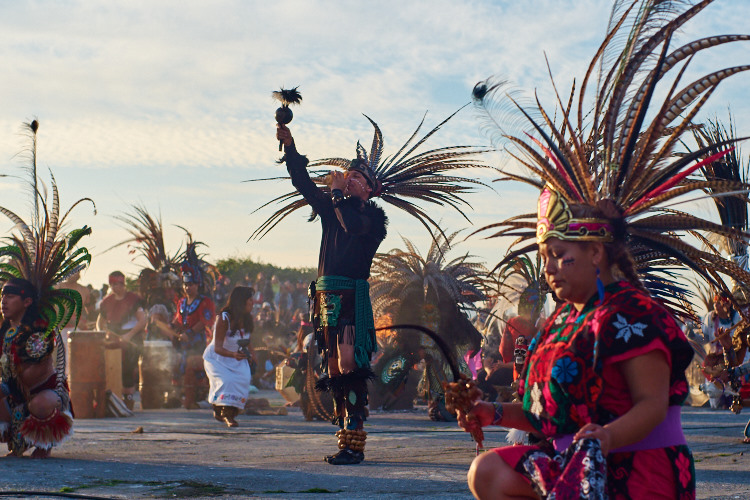 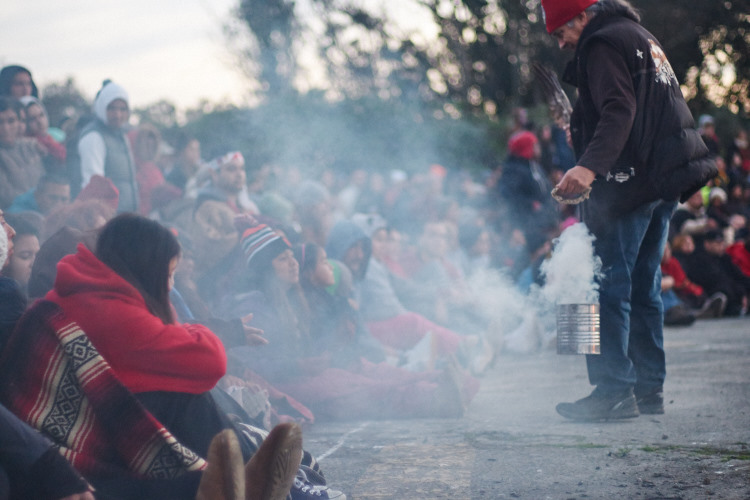 On November 27, 2014, the International Indian Treaty Council (IITC) hosted the 30th Indigenous Peoples' Annual Thanksgiving Sunrise Gathering on Alcatraz Island. This year's ceremony commemmorated the 40th year of the IITC and the 1969 to 1971 Indigenous re-settling of Alcatraz Island following the closing of the prison in 1963.

Following is our interview with Lakota Harden (Minnecoujou/ Yankton Lakota and HoChunk) of the International Indian Treaty Council.

Q: What's the significance of this ceremony and of having it here on Alcatraz?

All of the lands. All the land that we stand on anywhere in this Western Hemisphere is indigenous land. Tribal people lived here for centuries and our history has been totally ignored and erased from any history books, but we've been here for centuries and this was Ohlone land here. This (Alcatraz) was a sacred island to them. Back in the 60s when the prison stopped existing, according to Federal law, any land that the government used is supposed to go back to the indigenous people of that land-- according to their law. And so this land is Ohlone land.

Our children are saying no more. They're standing up and saying we've had enough. And our future generations will make sure that things change. And that's part of what this is. The young people that you saw dancing here that come, that sing. A lot of these songs are centuries old. Those voices and the medicine in those songs are centuries old and our ancestors come and they appreciate being acknowledged when the sun comes up because our people have always done that. All the teepees faced to the east, everything faced the east because the first thing we did was acknowledge and give thanks for a new day.And we rarely do that in this modern society. Everyone's alarm clock goes off and it's on! you know? But here at least twice a year on Indigenous Peoples Day and on Thanksgiving we have this sponsored by the Treaty Council, an acknowledgement of all the organizations, all the people everywhere that have been fighting and are fighting still for the rights of the land, the water, everything.

Q: What can people do as they leave thie island today to make change?

Well there's so many different things that we can do. First and foremost is educating yourself about the truth about who was the original people on whatever land you're standing on. Read the authors, read the stories - so first we have that acknowledgement of the truth so we know we have that universal view with any culture wherever you are. And also look at the people who have the official power, like our Senators. How are they voting on the Keystone XL Pipeline? And how are they voting on the rights to protect Medicine Lake or the Shellmounds or the Snow Caps. There's so many pristine places that we still use, that we still pray that our relatives - the winged ones - the salmon - the creatures that crawl and swim - all of our relatives need clean places to live.

We need to change the way that we look at this earth and realize that everything is alive. That the bees that come - we don't want to be putting up all these toxins. We need the bees to procreate. We need for all of life to procreate.

We're in a crisis. It's not just an indigenous issue. It's a human life, any kind of life issue. We have to change now. We've been saying that for quite a while. Since I was a young person. Now I'm a grandmother. I have ten grandchildren, and I'm still saying the same thing that we went to Washington to say: You're polluting the earth. It's not going to sustain herself. It's not going to sustain anybody. We won't have a future without changing the way we live. The way we think. The way that our spirit is connected to these trees, to this earth, to the water. To everything. Mainstream is brainwashing us to think that we're owners and consumers. We're not. We're just a part of that cycle of life and everybody has to fight for that way of thinking.