What San Franciscans have been asking for is affordable housing - someplace modest, safe, and accessible for families, seniors, disabled and working people. Recently, the idea of “micro-units” gained momentum as a way to alleviate the scramble for affordable housing, and people decided to give it a shot. What the City is getting instead is a handful of expensive dorms and new-style SROs (Single Room Occupancy units).

In September 2012 Supervisor Scott Wiener pushed legislation to change the Planning Code to allow micro-units as one way to alleviate the City’s housing crisis. He proposed to shrink the 290 minimum square feet requirement down to 174, inclusive of bathroom, kitchen, and closet space.

People were skeptical about who these units would be catering to, and weren’t particularly enthused by the idea of living in a room not even the size of two parking spaces - especially if it was a shared room. But they recognized that San Francisco is desperate for low-cost alternatives and were willing to try out these quasi-apartments- "affordable by design.”

So the City and the public came to a compromise. In November 2012 the legislation passed for efficiency dwelling units (EDUs) with reduced square footage, under a few conditions. Among those conditions was that only 375 of these units could be built initially in order to gauge their desirability and affordability. Wiener was able to exempt units designated as affordable, group, or student housing so they wouldn’t count toward the cap. After 325 micro-units have been approved, the Planning Department is supposed to report to the Board of Supervisors on the effectiveness of this pilot program.

The day after the Planning Department passed the legislation, Berkeley-based developer Patrick Kennedy got the ball rolling for San Francisco’s first micro-unit building, The Panoramic. As an 11-storey, 160 unit building located at Ninth and Mission in SOMA, 75 percent of those units are studios in the range of what qualify as micro-units, measuring 274 square feet. The remainder are two-bedroom suites located on the corners of every level, which range between 605 to 630 square feet.

Originally marketed to the public as an affordable housing option for the 40 percent of San Franciscans who live alone, as well as for young and small families, The Panoramic has since been entirely leased to two schools- California College of the Arts (CCA), who was entitled to the first five floors since the beginning, and the Conservatory of Music (SFCM).

The Panoramic dorms will house two students per studio unit. Neither school was able to say how much the rooms would rent for, but when a portion of the building was still available for the public, word was they would go for $1,300 to $1,500. As a low-income individual or family, there’s just no way that would have been affordable. Someone working a full-time, minimum wage job only makes $1,768/ month before taxes.

Now that The Panoramic is being used entirely as student housing, it no longer counts toward the 375 unit cap that was supposed to keep these developments in check. So, the first building that Planning says contains units that fit the definition of “micro-units” are 1) not available to the public, but are available only to students of CCA and SFCM; 2) are not subject to the 375 micro unit cap; and 3) are not paying into the City’s “inclusionary housing” program because student housing is exempt.

When [people. power. media] pointed out the discrepancy of what the legislation was allowing and what Kennedy was being allowed to do, Communications Manager Gina Simi of the Planning Department explained that, “[The Panoramic] was given special approval by the Planning Commission to allow the units as either EDUs with reduced square footage, or as Student Housing. This was done because the developer was concerned the 375 cap would be hit before they could file their Certificate of Occupancy.”

Would the 2012 legislation have passed if we knew that the City’s first micro-unit building was going to be made into dorms? It seems like developers and city officials understand that so many of us are broke and tired of busting our ass just to make ends meet, if they ever meet in the first place. San Franciscans were told that buildings like The Panoramic would, at least in part, serve as affordable housing for the public.

The South of Market Community Action Network (SOMCAN), one of the participating organizations in the SRO Families Collaborative, was a leader in the opposition of micro-units, referring to them as “shoeboxes” and speculating that they’d cater to the influx of young tech workers. Organizational Director Angelica Cabande made the point that less families in San Francisco means less funds for public schools, and that micro-units could inflate the population even further by appealing more to tourists and corporate commuters.

[people. power. media] called CCA and SFCM to get their perspective on how they’re expecting The Panoramic is going to fare with its students and the community.

“If San Francisco could start building student housing, it would create more affordable options for students and relieve other units on the market [which could be rented out by families],” explained David Meckel, Director of Campus Planning at CCA. His sentiments echo much of the argument in favor of micro-units being used as student housing.

Sam Smith, Director of Communications at the Conservatory of Music validated that, “Having young artists in a dense urban environment helps build community. This is a positive step for our students and our neighborhood.”

When [people. power. media] asked Patrick Kennedy why he decided to lease the entire building as student housing, he said, "For administrative simplicity and because I like classical music."

The Panoramic is the first of a trending development movement in San Francisco. According to Simi, micro-unit buildings along Octavia are in the beginning stages of getting their plans approved, where units would average a constricting 174 square feet. Basically the hipster version of a Single Room Occupancy (SRO) hotel, living and dining spaces are shared among residents. Another “co-living” project is being proposed in Western SOMA, too. Because both of these developments are classified as “group housing,” neither will count toward the micro-unit cap. And, just as with student housing, these units don’t trigger any payment into the city’s inclusionary housing program.

When and if ever any of these micro-units will count toward the cap, it’ll be interesting to hear the Planning Department’s report on how these tiny apartments are serving the community. Until then, developers continue to exploit this new legislation which was intended to cut low-income San Franciscans and families a break. Instead, it’s exacerbating the City’s affordable housing crisis, and because the units being built don’t fit under the legislated cap, there’s no end in sight. Even though this is still the most expensive place to live in the country, people continue to flock in from all over the world, condensing San Francisco down to a singular demographic.

And so, we’re back to where we started with the challenge of supporting those who live and work here, but continue to be pushed out of the City.

Simone is a freelance writer whose beat focuses on youth justice and development. 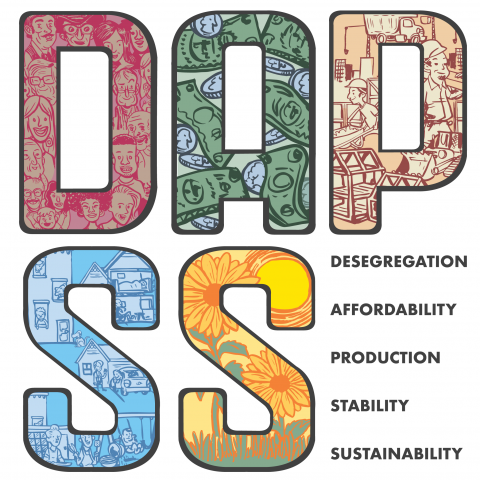 Achieving Equity In City Planning
Post-Coronavirus We Need a New Way to Plan Cities
San Francisco's Powerful New Tool for Affordable Housing
See All
Watch "Priced Out" our award-winning animated short about why you can't afford to live in the city. Watch